All Articles in the Category ‘Orthopedics and Sports Medicine’

On a Saturday in March, 13-year-old Trey Lauren was playing with his friends at a birthday party when he fell and cut his knee on a nail. It was a typical injury for a kid his age, but what resulted was anything but typical.

Trey was taken to a local emergency room that night, and by Sunday morning his wound had been closed with six stitches. But when Monday morning came, he was too sick with a fever to go to school, and his knee had begun to swell. Trey’s parents, Mark and Randi Lauren, decided to take him to urgent care, where his stitches were removed and he was started on antibiotics. However, later that night, Trey’s fever persisted, and the swelling in his knee had only gotten worse.

One trip to the emergency room later, Trey received an additional dose of broad spectrum antibiotics, and the decision was made to transfer him to Seattle Children’s Hospital. END_OF_DOCUMENT_TOKEN_TO_BE_REPLACED

Paul Excels Through His Physical Disability, Never Allowing It to Dictate His Life

Paul Wright dreamed of one day living in Seattle’s bustling downtown and working in one of the many sprawling skyscrapers. But as a boy, it seemed like a near-impossible dream. He was born with a physical disability, arthrogryposis, a condition that prevents joints from moving as much as normal. Doctors thought he would never walk much less live an independent life. Wright has done that and much more, and on June 14, will head back to his alma mater, Western Washington University, for this year’s commencement ceremony. He is one of six 2014 Presidential Scholars that will be recognized for outstanding scholarship and service to the community. Below is Wright’s story, in his own words, from diagnosis at birth to successful business man. END_OF_DOCUMENT_TOKEN_TO_BE_REPLACED

When Olivia Rickert was still in utero, an ultrasound at 20 weeks revealed that she had inherited a genetic mutation passed down from her mother and maternal grandmother. In Olivia’s case, the mutation was expressed as a cleft (split) hand. Though most kids born with this condition have no other health problems and can overcome their hand difference naturally or with surgery, Olivia’s mom (Stephanie Rickert) worried it might signal worse news. Stephanie had little outward sign of the mutation, but her mother, Michile Gormley Smith, was born with split hand/split foot absent long bone syndrome — claw-like hands and feet and legs missing tibia bones. (Smith was treated at Seattle Children’s starting in 1958 by pioneering orthopedist Dr. Ernest Burgess.)

END_OF_DOCUMENT_TOKEN_TO_BE_REPLACED

Seattle Children’s clinicians do everything they can to accurately diagnose concussions and recommend the most appropriate treatment. But those tasks are difficult without definitive diagnostic tools to determine when concussions have occurred or objective evidence to prove which treatments are best.

The new program, made possible by a generous $5 million gift from The Satterberg Foundation, is designed to develop new concussion diagnostic tools; measure sports impacts using real-time sensors; and begin clinical trials to determine which concussion treatments are most effective.

“There are so many people who want to know how to prevent concussions and long-term effects,” said Frederick Rivara, MD, MPH, who will lead the Youth Concussion Research Program. “I hope we will soon be able to answer a lot of their questions.” END_OF_DOCUMENT_TOKEN_TO_BE_REPLACED

Shorter days and cooling temperatures mean school is in full swing. While it’s important to help students succeed in the classroom, it’s also important to arm them with the right tools and information for a fun and safe fall sports season.

Hello my name is Kat Tiscornia and up until March of 2013 I was your typical 8th grader. I loved horseback riding, eventing to be more specific, skiing and spending time with friends and family. Then it all changed. I went to the doctor to have a large bump on my thigh checked out.  I was told what I thought might be a bad bruise had a high probability of being cancer.

After many tests, two biopsy surgeries for my lung and my leg, and a stressful couple of weeks, I was diagnosed with a rare form of bone cancer called Ewing sarcoma. There are approximately 200 new diagnoses of the disease in the U.S. each year. END_OF_DOCUMENT_TOKEN_TO_BE_REPLACED 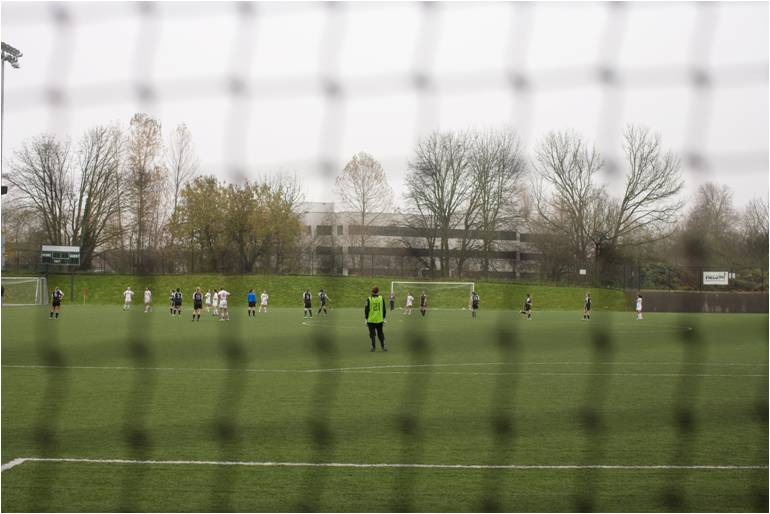 University of Minnesota researchers interviewed the parents of 60 youth basketball players and found that the young athletes commonly had sweets, such as candy, ice cream and doughnuts; pizza; hot dogs; salty snacks, including chips, nachos and cheese puff and soda and sports drinks.

The parents also reported frequent visits to fast-food restaurants when their children were playing sports.

And, even though the parents agreed that these foods and beverages are unhealthy, they said rushing to practices and games made them rely more on these types of products due to their convenience. END_OF_DOCUMENT_TOKEN_TO_BE_REPLACED