Author: On the Pulse Comments Off on Medical Mom Educates Others about Mitochondrial Diseases 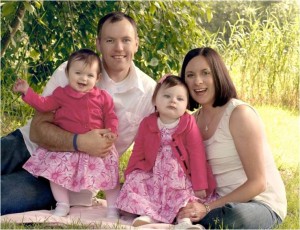 What are Mitochondrial Diseases?

Mitochondria in our cells help make almost all of the energy we need to live and grow. In mitochondrial diseases, these energy-making machines do not work properly. This damages cells and causes different symptoms, depending on which cells are damaged.

Care for children with mitochondrial problems requires teamwork by many kinds of healthcare providers. At Seattle Children’s, the team includes experts in neurology (with specialty in epilepsy), anesthesia, biochemical genetics (with specialty in inborn errors of metabolism), neuropsychology, neuroimaging, vision and eye movements, cardiology and gastrointestinal disorders.

Mhyre said that she knew from birth that something was wrong with her daughter. “People thought I had ‘first-time mom’ jitters, but I could see that Katelyn seemed delayed compared to other kids her age. We started to notice that she would stare at the lights or ceiling. It turns out that she was most likely experiencing seizures.”

Katelyn spent a few months at Seattle Children’s, where doctors tried to learn more about the seizures. A list of other symptoms began to grow, some of which looked like signs of mitochondrial disease.

In stepped Russell Saneto, DO, PhD. He said that he wanted to change some of Katelyn’s medications. “Almost immediately, her seizures started going down and she came back to us,” said Mhyre, who credits Dr. Saneto with saving Katelyn’s life. “We came home and learned how to adjust to this new life. It was a huge turning point for us.”

Diagnosing mitochondrial disease can be a challenge. But Sihoun Hahn, MD, PhD, and director of Biochemical Genetics at Seattle Children’s said it is extremely important. “With a correct diagnosis, we can ensure we are providing appropriate and effective treatments,” he said.

In some cases, the treatment could be a bone marrow transplant, ketogenic diet or a combination of medications—known as a “cocktail” treatment. “The appropriate treatment could make the quality of life for patients and families very different. We can also help prevent further complications or damage.”

Dr. Hahn invented a genetic test that was made available in summer 2011, following a related study involving 26 patients from Seattle Children’s. He is now finishing up work on a study on 148 patients at a handful of hospitals in the U.S. and Australia who were screened for mitochondrial disease using the test. Among the preliminary findings, Hahn said that the data seems to show that primary mitochondrial disorder defects may be rare.

What does this mean? “Our diagnostic skills in the clinic and laboratory are not there yet,” said Dr. Hahn, who also heads up a lab at Seattle Children’s Research Institute. “We have to expand our genetic testing to provide a more uniform diagnosis, provide better management and avoid any unnecessary treatment.”

Mhyre is, not surprisingly, supportive of additional research. She talks with medical students at the University of Washington to help raise awareness about mitochondrial disease, and her own graduate research has come full-circle in her life.

“For five years, I worked on a PhD project on Huntington’s disease,” she said. “Huntington’s patients deal with the same types of symptoms that my daughter has, so it is surreal to have gone through this research experience, and now apply all of that knowledge to our unexpected life. In grad school, I never really thought about how patients deal with these awful diseases. Now, when I am in the lab I speak with scientists about the importance of talking to people about research. Being in the lab is so important for making discoveries, but researchers should also remember that this is a disease that has a huge impact on families, and let those personal stories drive you to make progress that much faster.”

Mhyre will join other patient families and physician researchers, including Dr. Hahn and Dr. Saneto, at a mitochondrial disease conference in Seattle on Friday, August 24. The conference is presented by Seattle Children’s Research Institute and the United Mitochondrial Disease Foundation in partnership with the Mitochondrial Research Guild, which raises money to support Seattle Children’s research. Over the last nine years, the guild has raised more than $1.8 million through fundraising events.