Parents who suggest and use healthy media options with their children can improve sleep outcomes, according to a new study from Michelle Garrison, PhD, and Dimitri Christakis, MD, at Seattle Children’s Research Institute.  “The Impact of a Healthy Media Use Intervention on Sleep in Preschool Children,” was published online today in Pediatrics. 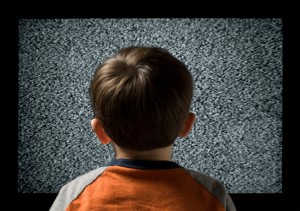 The latest research also adds evidence that the relationship between media and sleep in preschool children is one of cause and effect.  Kids whose parents were encouraged to change the channel to age-appropriate and non-violent content had significantly lower odds of sleep problems in the study, and this effect persisted across the intervention year, but faded six months after the program ended.

“Healthy media” is defined as age-appropriate, non-violent, and educational and prosocial, which means the message is positive or altruistic and may illustrate friendliness, sharing, cooperation, sympathy, and acceptance of others.

Dr. Garrison and her team studied 565 children in the Seattle area ranging in age from three to five years old, and saw that nearly 40 percent of the children were experiencing sleep problems, the most common being a delay in falling asleep at night.  Research has shown that violent media exposure can lead to aggression and other behavioral problems in young children.  Could an intervention that helped parents choose non-violent and more age-appropriate TV programs help children in other ways as well?

Half of the families in the study were randomly assigned to receive a home visit, several follow-up phone calls and mailings from a case manager, who tried to help the family find ways to replace violent and age-inappropriate media content with educational and pro-social media content. Parents were encouraged to use Common Sense Media, which provides ratings for family movies, TV shows, websites and video games, and to watch TV and videos with their children. The control group of families received nutrition-related mailings.

Garrison and Christakis assessed children’s sleep both before and after the intervention, including how long it took for them to fall asleep, night wakings, nightmares, difficulty waking and daytime tiredness. No attempt was made to reduce the total number of screen time hours.

Sleep problems were reduced in kids who had these problems to begin with and for children who did not have sleep problems.  “This tells us that the healthy media intervention was protective, meaning that kids were less likely to even develop sleep problems,” said Dr. Garrison.  “These are worthwhile changes both for families already struggling and families who want to prevent sleep problems from happening to their kids down the road.”

Researchers are studying preschool children who have sleep problems, with families implementing a screen time black-out period (no media use) in the hours leading up to bed time, among other strategies.

Garrison’s and Christakis’ recent research on this topic, “Media use and child sleep: the impact of content, timing, and environment,” was published in Pediatrics in 2011.