Cell and gene therapy has become an increasingly popular form of therapeutic treatment and research in recent years.

“It has really become a third pillar of therapeutic treatment behind small molecules and monoclonal antibodies – cell therapy is here to stay and it’s growing exponentially as more capabilities are developed,” said Dr. Brian Phillips, director of the Intellectual Property Core at Seattle Children’s, which aims to help Seattle Children’s researchers and clinicians commercialize their intellectual property. END_OF_DOCUMENT_TOKEN_TO_BE_REPLACED

Doctors often deal with medical conditions that might be somewhat embarrassing or just difficult for patients to understand. Inflammatory bowel disease, a serious and debilitating condition that, as the name implies, affects the intestines and everything that comes out of them, is one of those ailments.

Medical providers who treat and investigate IBD have to find ways to explain their patients’ situation during medical appointments that may last less than 30 minutes—all while the patient and their caregivers might be overcome with emotion or concern. Too often what the doctors tell them is lost or only partially retained.

Dr. David Suskind, a pediatric gastroenterologist at Seattle Children’s Inflammatory Bowel Disease Center, realized that the caregivers of the children he treats can read pamphlets or educational books about the disease, but he didn’t have anything specific for the kids that explained their condition.

END_OF_DOCUMENT_TOKEN_TO_BE_REPLACED

Today, Dawson is a well-nourished and thriving 9-month-old who eats all his meals and takes all his medications by mouth. If he hadn’t participated on Children’s hunger-based tube weaning process, he might have been dependent on a feeding tube for a much longer time.

When a pregnant Heather Henson learned her baby, Dawson, had hypoplastic left heart syndrome — a rare and serious condition where the left side of the heart is not fully developed — she immediately began researching the disease and the hospitals that treat it.

Heather and her family live in Anchorage, Alaska. The state doesn’t have a pediatric hospital equipped to perform the heart surgeries Dawson would need to survive, so she had to give birth somewhere else.

During her research, Heather found an HLHS Facebook group where other parents shared their experiences with the disease. Stories of successful surgeries and thriving babies gave her hope, but she worried when she saw many children who relied on feeding tubes after their surgeries.

END_OF_DOCUMENT_TOKEN_TO_BE_REPLACED

The flu shot: Questions and answers for parents

Dr. Annika Hofstetter and  Dr. Matthew Kronman spoke with On the Pulse to answer questions parents may have about the flu vaccine this year.

END_OF_DOCUMENT_TOKEN_TO_BE_REPLACED

In celebration of Hispanic Heritage Month, Seattle Children’s Hola Inclusion Network, a group focused on improving connections and services with the Hispanic/Latinx community, invited workforce members, patient families and community members to share their perspectives and stories through art. We have the privilege of sharing the artists’ work.

Two of the entries from the Hispanic Heritage Month art show. See below to view these and other art show pieces and learn about the artists.

Every year from Sept. 15 to Oct. 15, people around the country observe National Hispanic Heritage Month — a celebration of the histories, cultures and incredible contributions of Hispanic and Latinx peoples from Spain, Mexico, the Caribbean, Central America and South America.

END_OF_DOCUMENT_TOKEN_TO_BE_REPLACED

There may be no better way for a 3-year-old to celebrate cancer remission than with a Frozen-themed birthday party. That’s exactly what Penny Hatch and her family did last weekend.

Penny was diagnosed with neuroblastoma, a solid-tumor cancer with a survival rate of about 50%, three months after her baby brother, William, was born with a life-threatening heart condition. Today, William is thriving at home and Penny is in remission.

Penny’s final immunotherapy treatment was on Sept. 2 after a year of treatments that included surgery, chemotherapy, a bone marrow transplant, radiation, and immunotherapy which stimulates the immune system to fight diseases.

Samantha, Penny’s mom, was overwhelmed with emotions when she squirted the final immunotherapy drug dose into her daughter’s mouth. “It felt like I was finally allowed to feel the weight of everything we’ve been through.”

END_OF_DOCUMENT_TOKEN_TO_BE_REPLACED

“Before COVID-19 restrictions, patients facing surgery were given the opportunity to tour the hospital with their families ahead of time to help ease the nerves and to become comfortable with the process. Since that option became unavailable, Dr.  Henry Ou took it upon himself to create a virtual tour that a kid can walk through on Minecraft! In their world! It is very impressive, and you can tell he has spent a lot of time and effort perfecting it for the kiddos.” — Mariette Broncheau, partner employee — Research

As a self-described “kid at heart,” Dr. Henry Ou said he’s got a good sense for how patients may be feeling, including what they’re interested in and which situations may be scary for them. When the pandemic struck and hospital visitation had to be limited, Ou used his kid-like perspective to accomplish a task very different than his usual surgical case — creating a Minecraft version of the hospital.

Minecraft is a video game that allows players to virtually explore a 3D world with different terrain and environments to accomplish various tasks or missions — a virtual LEGO world of sorts. Over the past 18 months, Dr. Ou has taken thousands of videos and photographs around the hospital and spent hundreds of hours during his personal time designing a Minecraft version of the hospital building.

END_OF_DOCUMENT_TOKEN_TO_BE_REPLACED

Seattle Children’s Education Department provides free services for students who will be in the hospital for at least one week. The teachers are certified by the state of Washington in both general and special education. They’re experts at supporting kids and their families when children and teens are suddenly out of school and as they transition back into school after an extended absence. Scott Hampton, manager of K-12 Education Services and father of three, sat down with On the Pulse to share advice to support families in the community as they settle back into in-person learning in this new school year. END_OF_DOCUMENT_TOKEN_TO_BE_REPLACED

Scientists Search for the Cause of Their Son’s Epilepsy

The phone call came at 2 a.m. It was a neonatologist calling about Kimberly Aldinger and Scott Houghtaling’s son, Grayson. Kimberly had given birth to premature twins a month earlier and both babies were in the neonatal intensive care unit (NICU) at Swedish Hospital. The new parents had returned home to get a much-needed night of sleep when the doctor left a message on their voicemail.

Kimberly Aldinger and Scott Houghtaling’s son, Grayson (pictured here), began having seizures when he was just 24 days old. Now, his parents are using their scientific expertise to try to find the cause of his epilepsy.

“I’m really worried about Grayson,” the doctor said. “He’s having a massive seizure. You need to come down here.”

Scott immediately feared the worst. “I thought, the only reason they’d call in the middle of the night was if they were preparing for the worst outcome — Grayson not surviving.”

Thankfully, the medical team was able to stop Grayson’s seizure that night, but it was just the beginning of Kimberly and Scott’s journey to understand the severity of their son’s brain damage and how it would shape all their lives.

END_OF_DOCUMENT_TOKEN_TO_BE_REPLACED 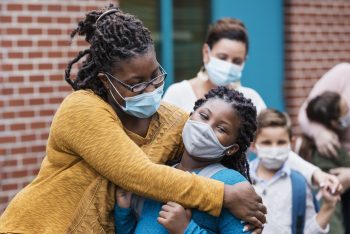 Here is some advice from Read to help navigate these trying times: END_OF_DOCUMENT_TOKEN_TO_BE_REPLACED