To recognize April as National Child Abuse Prevention Month, Seattle Children’s Hospital will place thousands of pinwheels around the hospital campus this week. Each pinwheel represents a child who has suffered abuse, and people may purchase their own pinwheels at hospital gift shops to place outside. All proceeds will go to Seattle Children’s Protection, Advocacy and Outreach Program. 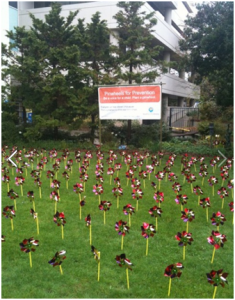 The Pinwheels for Prevention campaign was introduced by Prevent Child Abuse America to create a national effort to affect the public’s beliefs and behaviors in the prevention of child abuse and neglect.

More than three million reports of child abuse, impacting an estimated six million children, are made in the U.S. each year. And the number of deaths related to child abuse has been steadily climbing during the last decade according to the U.S. Department of Health and Human Services.

Child abuse occurs at every socioeconomic level, across ethnic and cultural lines, within all religions and at all levels of education.  Childhelp, a non-profit organization dedicated to helping victims of child abuse and neglect estimates that: 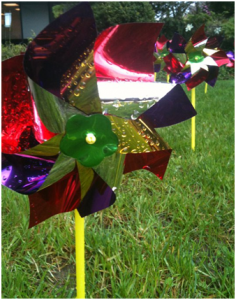 On Thursday, April 5, 2012 Children’s will finish planting the pinwheels from 10-11 a.m. with the help of children from the community. Media are invited to participate in this highly visual and impactful event that will also provide an opportunity to speak with: a medical expert who will talk about stressful parenting and provide resources to support parents and caregivers; and a mother of an abuse victim.

If you are a member of the media and are interested in attending Thursday’s event, please RSVP to the PR Team by 9 a.m. that day:press@seattlechildrens.org; 206-987-4500.