Prudence, Prevention and the Real-World Perils of Pertussis

Author: Edgar Marcuse, MD, MPH Comments Off on Prudence, Prevention and the Real-World Perils of Pertussis 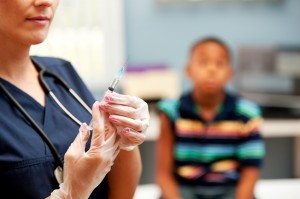 It’s back-to-school time, so it’s back to wellness basics for our children.  One of the most effective ways we can keep our children healthy is to keep them up-to-date with immunizations. And one of the most important immunizations a child (and parents and grandparents) can get protects against pertussis, also known as whooping cough.

We’ve talked about this before, but it’s well worth discussing again.

Pertussis is a highly contagious bacterial disease that causes a severe and prolonged cough, so much so that it has been called “the 100-day cough.” It’s an illness that’s especially difficult – and even life-threatening – for infants who are less than six months of age. Infants with pertussis can get so exhausted from the steady coughing that feeding becomes too hard for them. When older children or adults contract pertussis, they can develop a cough that, while not life-threatening, can be severe and may persist for three long months.  A persisting cough may prevent adolescents from participating in sports for many weeks and the elderly have even been known to break a rib in a severe bout of coughing.

The need for booster shots

Antibiotics do not help reduce the severity of the illness or make the cough go away sooner, but do make the patient less contagious.

The U.S. schedule for immunization recommends the following:

Why is there an epidemic?

There’s been a lot of commentary about whether there’s an epidemic of pertussis. Across the U.S., there’s been a huge increase in pertussis, and public health authorties believe the size of the outbreak in Washington state deserves being called an epidemic.  We don’t know why this happening now, but do have some clues:

Not just a child’s disease

It’s important to remember that pertussis isn’t just a child’s disease. It occurs all over the world – in both developed and undeveloped nations. Morbidity is highest where there are fewer resources to care for seriously ill small infants, but studies done over the past 70 years show us that pertussis affects people of all ages. Adults can get it at their work place, be it a factory, a restaurant, or a college.  Students can get it in school or at church. Here in Washington state, the peak attack rate has been among adolescents.

When someone has a long-lasting cough, we tend to think it is the flu, or walking pneumonia, or sinusitis – not pertussis. In mild cases, pertussis is indistinguishable from any other prolonged cough illness. In the past, confirming pertussis by swabbing the patient’s nasopharynx and growing the pertussis bacteria was difficult. But today, we can confirm  pertussis more easily than in years past without having to actually grow the bacteria.

This best way to protect against pertussis is to be up-to-date on your immunization, and to practice and urge those around you to practice good cough hygiene.

Edgar K. Marcuse, MD, MPH: Dr Marcuse is Professor of Pediatrics and Adjunct Professor of Epidemiology at the University of Washington and Associate Medical Director, Quality Improvement at Seattle Children’s. He is an academic general pediatrician with special interest in immunization (policy, practice, ethics, economics, and vaccinology) and quality improvement (application of lean principles, implementation of evidence-based medicine, and the impact of culture on quality).

If you’d like to arrange an interview with Dr. Marcuse, please contact Seattle Children’s PR team at 206-987-4500 or press@seattlechildrens.org.