Dr. Douglas Diekema, a member of the American Academy of Pediatrics (AAP) Task Force on Circumcision, talked with On the Pulse recently about the updated AAP policy released August 27. Dr. Diekema is the director of education in the Treuman Katz Center for Pediatric Bioethics at Seattle Children’s Research Institute and was named to the task force to represent the AAP Committee on Bioethics. 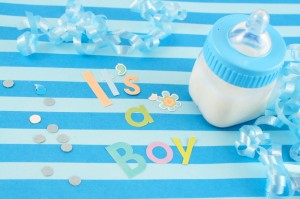 Q. What has changed since the last time the AAP looked at the circumcision policy, and what are the key points in the new policy?

When the original policy was published in 1999, we had an inkling that there was some preventive benefit related to STIs (sexually transmitted infections), but at that time those benefits hadn’t been as thoroughly evaluated with data.  The AAP’s last statement on circumcision was issued in May 1999 and said that the health benefits of circumcision did not deem the procedure to be a medical necessity for the well-being of the child.

In 2007, the AAP formed a task force charged with reviewing current evidence on male circumcision and updating the policy to provide guidance to AAP members.

Q. How does the task force define “significant health benefits” in the new policy?

A. There is an abundance of evidence on the relationship between circumcision and Human Immunodeficiency Virus (HIV), human papilloma virus (HPV), genital herpes and syphilis. These studies demonstrate a reduction in acquisition of those infections among circumcised males. In some cases there may be a benefit to female partners as well through reduced transmission.

However, the task force responsible for creating today’s policy did not feel that the health benefits were so great that we would recommend routine circumcision of all newborn males. The benefit did not reach the level attained by the kinds of interventions we routinely recommend for all newborns, like putting antibacterial drops in their eyes or testing for metabolic disorders.

Q. What is the current rate of circumcision in the United States?

A. A study from Johns Hopkins University found that 55 percent of the two million males born each year in America are circumcised. This is a decrease from 79 percent in the 1980s, according to the report published August 20 in the Archives of Pediatrics & Adolescent Medicine.

Q. How does this new policy affect the way pediatricians discuss the topic with parents?

A. My personal stance would be to remain noncommittal. I wouldn’t go as far as saying to a parent that I either recommend circumcision or recommend against it.

I do think we can say that the potential health benefits more than justify the risks, and encourage parents to make a thoughtful decision after weighing the risks and benefits. Of course their values and spiritual or cultural beliefs will also be part of the decision.

Many parents will have already decided whether or not to circumcise their baby boy based on whether the father is circumcised or some other factor, but I would like to see parents put more thought into the decision.

Because of the health benefits, the committee recommends that Medicaid and other insurance cover the cost of circumcision.

Q. Given that many of the HIV studies were conducted in Africa, what is the relevance for the United States population where the prevalence of sexually transmitted infections is lower?

A. The overall benefit to the population will be lower in the United States since the prevalence of STIs, especially HIV, is lower.

However, the impact on HPV acquisition and transmission shouldn’t be ignored because it represents a substantial cause of morbidity among women. We now have a vaccine for HPV, but a lot of parents and adolescents choose not to accept it. As a result, male circumcision could have a fairly significant public health benefit with regard to HPV.

But the reality is that you have to circumcise a lot of boys before seeing a benefit to one boy. The problem is that you don’t know which of those many boys will be the one that benefits.

Some parents may decide not to circumcise their son because they are convinced that their child would always use condoms and would not engage in high-risk sexual behavior. But the truth is that you can never really be sure whether the baby boy in front of you will adequately protect himself in the future.

Q. What is the evidence with respect to the risks associated with circumcision?

A. The evidence related to risks has not changed since the 1999 version of the policy. Studies in large databases including thousands of patients have found very few adverse events, and most of the complications are not serious.

Minor complications generally occur one to two percent of the time, and include minor bleeding that may require a suture, or minor skin infections that require a topical antibiotic. Serious complications are very, very rare.

Believe it or not, the most commonly reported “adverse event” is that the parents feel that the person performing the circumcision didn’t remove enough foreskin.

Q. What happens if parents wait, and let their son decide later in life about circumcision?

A. You lose some of the benefit.  You completely lose the urinary tract infection reduction benefit, which was the primary benefit in 1995 when the AAP released its last policy. It’s also the case that by the age of maturity or adulthood when somebody could potentially make this decision for himself, we know for a fact that a huge majority of men are already sexually active. It’s not as if we don’t know people who have contracted HIV before the age of 18.

There is a risk issue as well.  It is a more difficult and risky procedure in older boys and adults than it is in babies. Urologists will tell you that they’d much rather do a circumcision on a baby because the risk is so much lower.

Q. Historically, how was circumcision started?

A. It goes way back.  There are pictures from 2,000 years ago of Egyptians doing the procedure.  Most people tie the history to the Jewish and Muslim religions.  There are references in “holy” documents that suggest circumcision is important to be part of these religious communities.  So that takes you back a couple thousand years.

But the non-religious aspects are a little harder to trace.  It made a come-back in the United States in the early 20th century.  That history was related to a number of individuals, including John Harvey Kellogg of Kellogg’s Corn Flakes and Sylvester Graham, who invented the Graham cracker, advocating for bringing up boys who were more pure or moral, and part of that was keeping their hands off their genitals.  It was an anti-masturbation strategy.

That history led to circumcision being propagated or spread.  It created a social culture where that was the norm.  In the 1950s and ‘60s, many parents chose to circumcise their boys because all the other boys were circumcised and they didn’t want their child to look different.  My mom, who was a nurse, said that it wasn’t even a question for parents in the hospital.  The doctor would just say, “We’re going to circumcise your baby.”  It is only in the last 20 years or so that we’ve seen a resurgence of people questioning the practice.