All Articles in the Category ‘Nutrition and Obesity’

Receiving report cards from schools is a standard practice that helps parents stay informed about their child’s academic performance. But now, schools in some states have been going one step further and are also letting parents know how their child’s weight measures up.

A new report released this week in Pediatrics has spurred debate around this issue as it states that Body Mass Index (BMI) screenings in schools and subsequently informing parents about their child’s weight category is a necessary step in the fight against the childhood obesity epidemic.

Twenty one states, not currently including Washington, have enacted policies or made recommendations about collecting height and weight data and assessing body composition in schools. In some states, like Massachusetts and Arkansas, a confidential letter that has been dubbed a “fat letter” is mailed to parents whose child has a high BMI, informing them of their child’s weight status and advising them to talk with a doctor.

END_OF_DOCUMENT_TOKEN_TO_BE_REPLACED

Vilifying Food – How fad diets are affecting our children’s health

Fad diets have taken the U.S. by storm: Paleo, Mediterranean, the “Fast Diet” – even Gwyneth Paltrow has a new cookbook.  Just as quickly as one diet is “out,” another diet emerges to take its place. With so many options, celebrity endorsements and websites full of misinformation, how can parents know which diets are safe – especially for kids?

END_OF_DOCUMENT_TOKEN_TO_BE_REPLACED

Being a teenager in today’s society is not easy. Faced with peer pressure and unrealistic expectations perpetuated through TV and magazines, teens are forced to deal with complex, uncomfortable situations daily, including a subject many would rather not discuss: weight.

“Looking at national data sources, like the CDC, that are sampling large portions of people in the U.S., we’re seeing more and more individuals in the obese or morbidly obese category,” says Yolanda N. Evans, MD, with the adolescent medicine division of Seattle Children’s Hospital.  “It’s a really important issue to talk about because more and more kids are being affected.”

However, Evans says the way we talk about the obesity epidemic could be making things worse – especially for teens.

The other side of our obsession with weight

Evans says the media’s focus on weight and people’s bodies has increased the risk for restrictive eating disorders, such as anorexia and bulimia. Rather than focusing on healthy behaviors, our society too often promotes a “thin is better” mindset. Evans says it’s a problem that needs to be addressed and discussed, particularly with children and teens.

END_OF_DOCUMENT_TOKEN_TO_BE_REPLACED

For parents of little ones, the task of reinforcing healthy habits around the dinner table can cause a bit of apprehension: What foods are best? How do I get my kids to eat their veggies? How much is too much? Parents can find it hard to know if they’re encouraging healthy eating habits in their young children.

Mollie Grow, MD, MPH, pediatrician at Seattle Children’s Hospital – and the mother of two young girls – says that the old adage “you are what you eat” is pretty spot-on, even more so for young children whose growing minds and bodies depend on a number of different nutrients.

Nutritional recommendations have changed over time, but Grow says we now know the most we’ve ever known about nutrition.

“We’ve learned that fresh foods – especially fruits and vegetables – and variety in our diets provides the best nutrients our bodies need for optimal growth and performance,” she says. “All the different parts of our foods work together. For example, iron is needed for learning, calcium and vitamin D are needed for bone growth, vitamin B12 helps the blood grow and vitamin C helps the immune system and repairs soft tissues.”

END_OF_DOCUMENT_TOKEN_TO_BE_REPLACED

Study shows diet can be major source of chemical exposures

Your water bottle may have a BPA-free label, and you try to avoid cooking food in plastic containers. But you may still be exposed to chemicals in the food you eat, even if you’re eating an organic diet and your meals are cooked and stored in non-plastic containers, according to a study published February 27 in the Nature Journal of Exposure Science and Environmental Epidemiology.

END_OF_DOCUMENT_TOKEN_TO_BE_REPLACED

Make a heart-healthy resolution for your family this February:

“We’ve all heard stories in the news – the sudden death of a young, competitive athlete due to undetected cardiovascular disease,” says Jack Salerno, MD, director of electrophysiology and pacing services at Seattle Children’s. “It’s every parent’s worst nightmare. One minute your seemingly healthy child is on top of the world competing in a sport they love. The next minute their heart suddenly stops.”

Salerno says parents can help protect their young athletes from sudden cardiac arrest by learning about potential “red flags” before their kids begin competing in sports. “It’s important for student-athletes and their parents to work hand-in-hand with physicians to detect any potential risks before the sports season begins.”

The American Heart Association recommends that kids and teens be screened against a 12-point checklist that includes a review of the athlete’s personal and family medical history, and a physical exam by a doctor. The medical history review looks for risk factors like chest pain, elevated blood pressure and unexplained fainting, as well as any family history of heart disease. “A positive response to one or more items on the checklist could trigger further testing, including an electrocardiogram,” Salerno says.

END_OF_DOCUMENT_TOKEN_TO_BE_REPLACED

A Serious Warning: Energy Drinks for Children and Teens

We all want our kids to lead vibrant, active lives, because childhood is such a dynamic time of discovery and participation.

But there are healthy – and unhealthy – ways to ensure that this happens.

One of my concerns right now is that caffeine is playing an unhealthy role in the diets of too many children and adolescents. Teens, for example, shouldn’t consume more than 100 mg of caffeine per day. (The recommended caffeine ceiling for adults is about 400 mg per day.)

Unfortunately, there’s a problem with certain energy drinks that exceed the Food and Drug Administration’s (FDA’s) mandated limit of 71 mg of caffeine for a 12-ounce soda.

Energy drinks are sold as nutritional supplements, so they’re not regulated as foods.  As a result, their labels often don’t reveal the exact amount of caffeine in each drink. And, in addition to caffeine, energy drinks may contain other stimulants, such as taurine and guarana, a caffeine containing plant.

END_OF_DOCUMENT_TOKEN_TO_BE_REPLACED

Buy one, get one for 1 cent.  Be a hot tamale, eat a hot tamale.  Try our new salted carmel cake pop.

We see slogans like these on billboards and at restaurants on a daily basis.  Would a nutrition-labeling regulation that requires restaurants to post calorie counts help spur a reduction in the use of these slogans, which are known as “barriers to healthful eating?”  That’s what a research team, led by Brian Saelens, PhD, of Seattle Children’s Research Institute, set out to find. The study, “Nutrition-labeling regulation impacts on restaurant environments,” is published this week in the American Journal of Preventive Medicine.

END_OF_DOCUMENT_TOKEN_TO_BE_REPLACED

It’s back-to-school time and back to heavily scheduled days of after-school activities, homework, sports, music lessons, and more. With all there is to juggle in a day, it’s tempting to believe some of the myths about nutrition that may promise to make it easier and faster to feed our children well.

We checked in with Seattle Children’s nutrition team to find out the truth behind some of the more common nutrition myths.

Here’s what we learned: END_OF_DOCUMENT_TOKEN_TO_BE_REPLACED 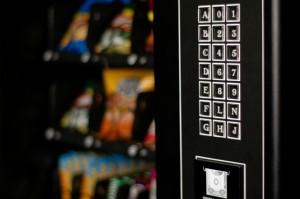